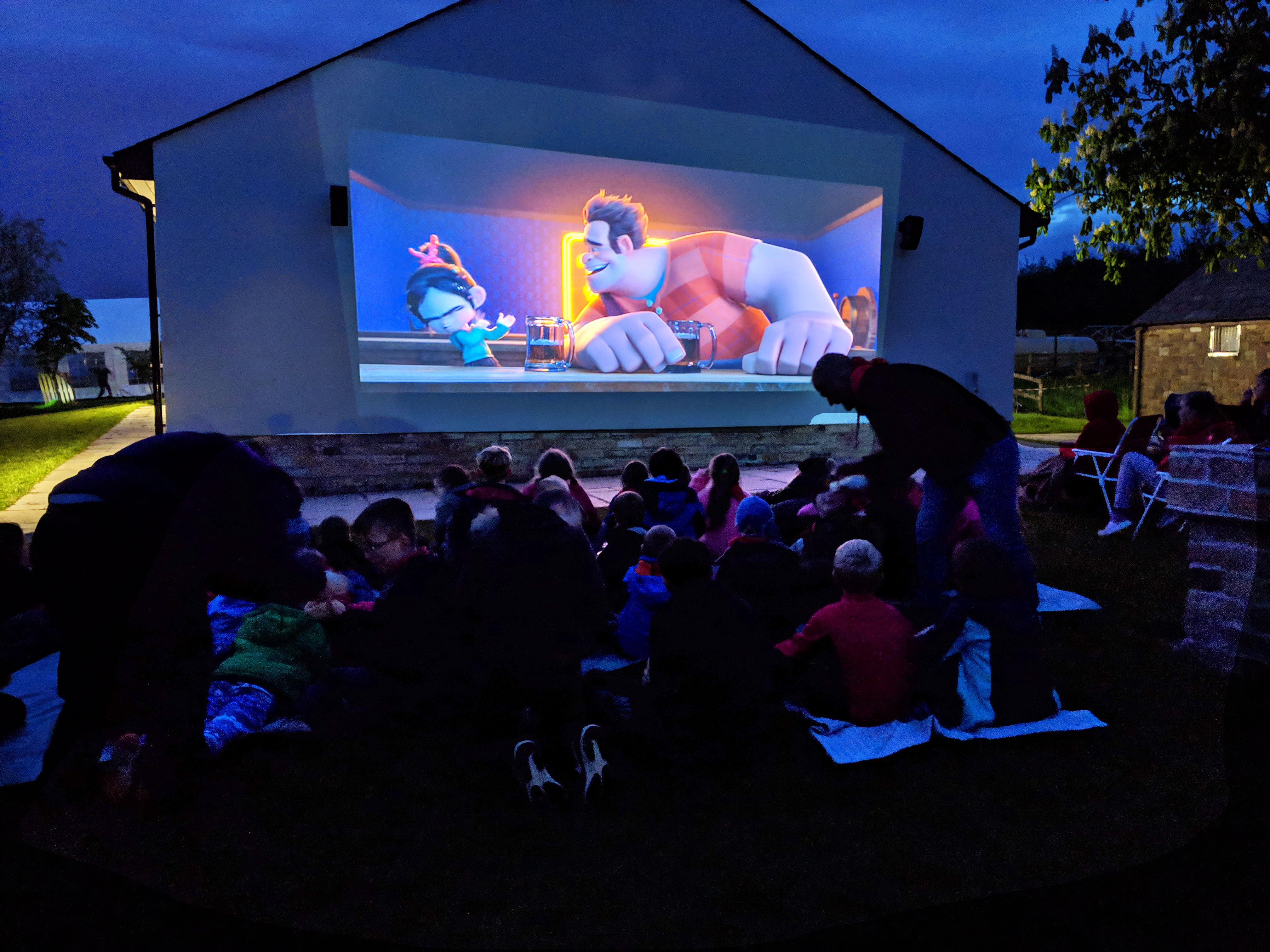 When we were building the Bunkhouse, we realised there was a large wall at one end and we wondered what to do with it.

So we had the brainwave of turning it into an outdoor cinema.

The stone cairn houses a bright 5000 lumens HD projector which fills the “screen” with a bright image and in the Bunkhouse we have a Blu-Ray player and an amplifier that drives the Bose outdoor speakers.

During the camping season, weather permitting we show a film each Saturday night.
Groups wishing to book the facility at other times may do so at a small cost and either bring their own DVD/Blu-Ray to show that is suitable for all to watch or take their pick from our film library.

We hold the appropriate license that allows us to show films.